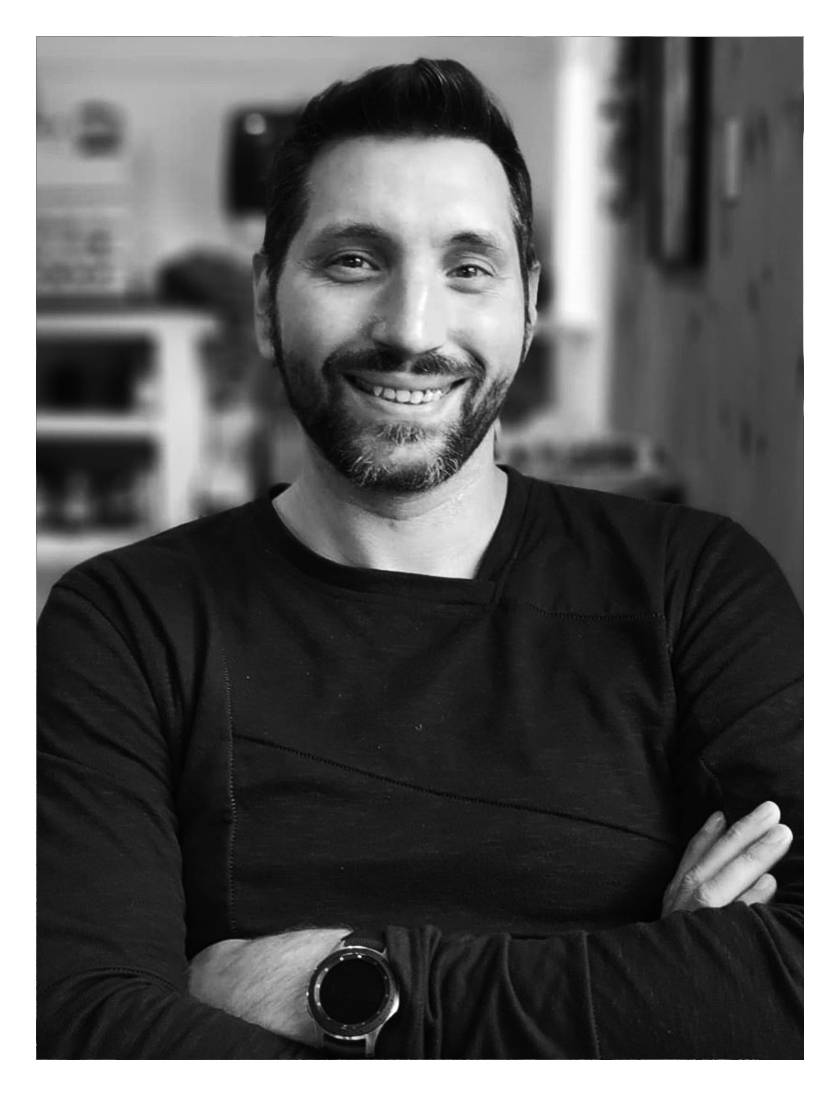 I am Samuel Farrand, Co-Creator of Tetramode alongside my beautiful wife/ talented visionary artist Cate Farrand. One of my earliest distinct memories of art is looking through my dad's vinyl collections as a kid. I really enjoyed how the bands spelled their names and how different the artwork was on vinyl albums. Throughout my childhood I would always draw various subjects and even came up with my very own comic book series that I cut out and made all by myself. As I reached High-School I wanted to develop my ability to draw. I took my first art-class when I was a freshman in High-School however the art class was based upon the fundamentals of art such as color theory, printmaking and pottery. These were subjects which I had no interest in at the time. I didn't have a good experience with the class and for that I became disinterested in my childhood hobby for most of high school.

THE SPACE BETWEEN
In 1998 my parents bought the computer software program Photoshop and I started to create digital collages with it, this sparked my interest in art that I had lost during adolescence. I had my first psychedelic experience in Chicago that year and the experience was so profound I had to replicate it. The best way I could do that is by using Photoshop. I was so happy with my results that I continued to create more psychedelic experiences. This was a very difficult time to promote myself as an artist because at the time digital art wasn't well received as an "art medium." People thought you just hit a button and the computer did all the work however because I struggled with drawing,I made Photoshop my main tool for creative expression regardless of whether the art world approved of it or not.

My early work from 1998-2004 reflected blended photo collages illustrating various themes that inspired me at the time such as science, biology & spirituality. In 2004 I introduced Illustrator into my work and started replicating similar styles of my own that were inspired by 60's handbills & posters. Victor Moscoso was a very large influence during that time period. It was around 2007 when I first started to hear the word "Visionary Art." I have always associated the word with Alex Grey's work which I first came upon around 1999-2000 but around 2007 visionary art took on a completely different meaning. Visionary Art started to become an art movement and it was Luke Brown, Carey Thompson, Amanda Sage, Chris Dyer and Xavi Panneton who were all at the forefront of this new emerging style of psychedelic art. The style was so unique and inspiring that I wanted to create my own version of visionary art.

ENTER THE VOID
One day in 2009 I created a piece in an all black background and called it "Atman" which was the Hindu word for "Soul" At the time I was studying the Upanishads and Bhagavad Gita and taking classes in Illustration and I wanted to take my illustration education and apply it to my own version of Visionary Art. The piece was this blue multi-layered explosion of multi-dimensional energy. Creating that the way I did was a single defining divine moment for me. I remember distinctly how working in black made everything feel expansive, as if I was in space and I could manipulate that space by the way objects were placed on the canvas. This was an awesome and unforgettable feeling and I would continue to create more abstract illustrations in black. At this time I was in College studying Graphic Design and taking classes in Art History so these pieces in black also offered up an opportunity to explore all these art practices and theories that I was learning and wrap them up in a single piece which had its own unique focused narrative.

Eventually I started to realize the symbolism of these black pieces. I started to see that Black was symbolic to the Void, which in eastern thought is the place of all unbound infinite potential. Many Faiths & Myths from around the world speak of a place of nothingness where all things came into existence from. A modern example of this theory is the Big Bang. The array of color I was placing in the center became symbolic for Light since after all, color is light that is defracted. Simply put Each piece became a sub-conscious expression of Light & Darkness and/or Yin/Yang; (Duality) co-existing as one (Singularity) which is profound when you think about it, because Duality coming into Singularity is one of the most mystical spiritual principles known to man. In Hinduism there are two channels of energy that flow through the chakras. When those two energies come together a spiritual experience is born. It was several years later that I would begin to name this body of work "The Void"

PORTALS
As I developed my Void series I started to fill it with symbolism, psychedelic concepts and universal concepts such as embedding Fibonnaci (Golden Ratio) values into the opacity & scale of objects. Each piece started to become its own journey and I built off that and started making my work even more multidimensional. I wanted people whether they were in their homes or at a festival to have a place where they could go and have a full-on inner journey. I made my work at such a ridiculously high resolution so that when it was printed it could be at least 8ft tall (Some pieces are much bigger!) I really wanted people to go in and explore all the fine details of all those layers of multi-dimensional reality. Art became a sort of journal that documented my very own spiritual evolution and synonymously offered as an aid to help assist others evolve spiritually too. In the beginning each piece took me about 40-80hrs to create. I put so much time into crafting these "portals" that I wanted each portal to be unique so I even began to thoughtfully name each piece. The naming process itself could take days to up to a full week as I would comb through the thesaurus trying to find that perfect word that summarized what each art piece was about. I would even come up with fun hybrid words if I couldn't find a single word to define it.

BE HERE NOW
I am currently still working and fine tuning this Void series still. I have created about 300+ Illustrations in this manner and I love each one exactly like the first time I created Atman. Each piece presents a new challenge, the main challenge I am faced with is creating each piece to have a unique composition so that the light activates the void in a unique way from the rest of my pieces. Below are some examples of my favorite work. You can also get updates by following me on the social media channels provided. If you have made it this far Thank You from the bottom of my heart to read all about my artistic journey which is still happening. 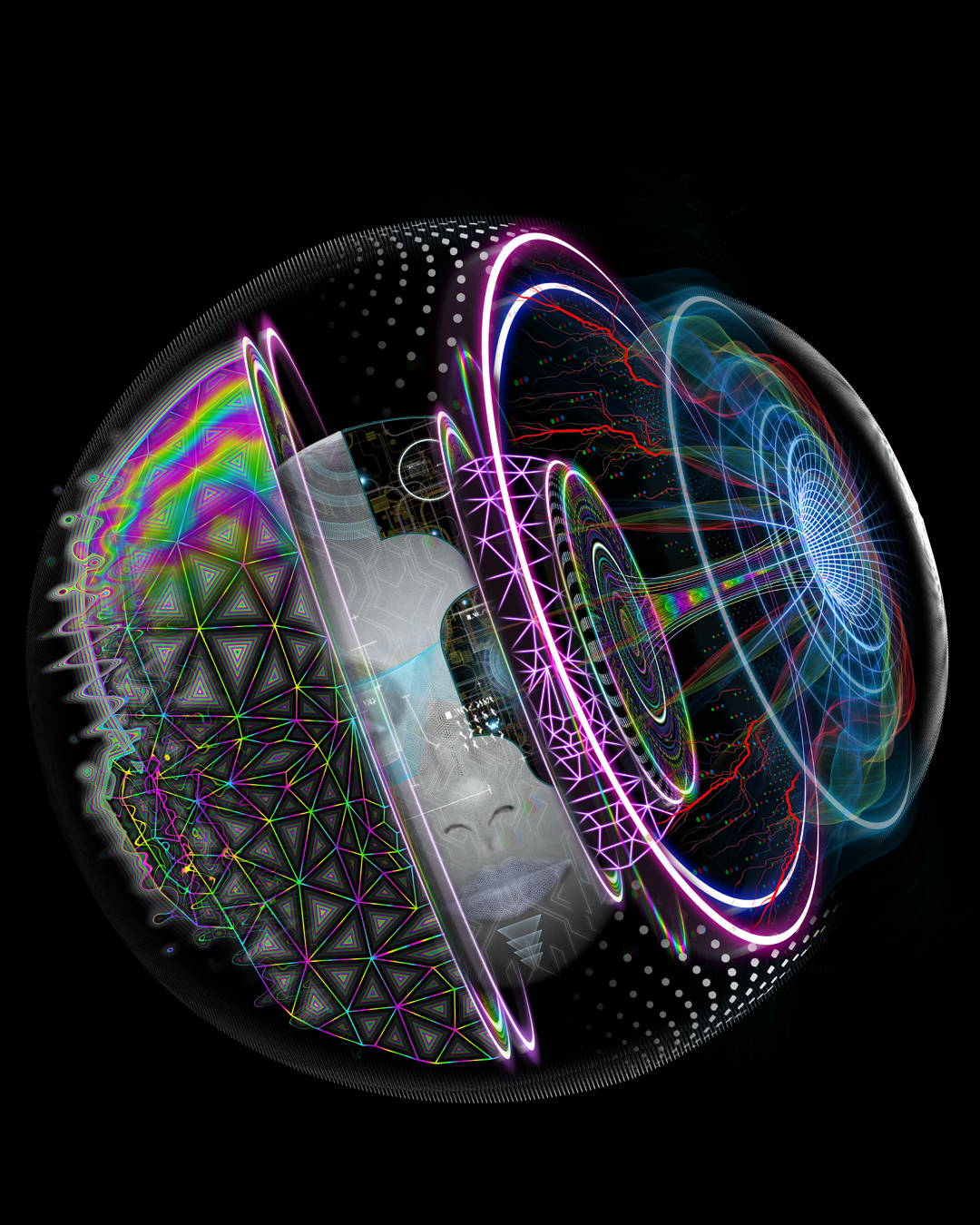 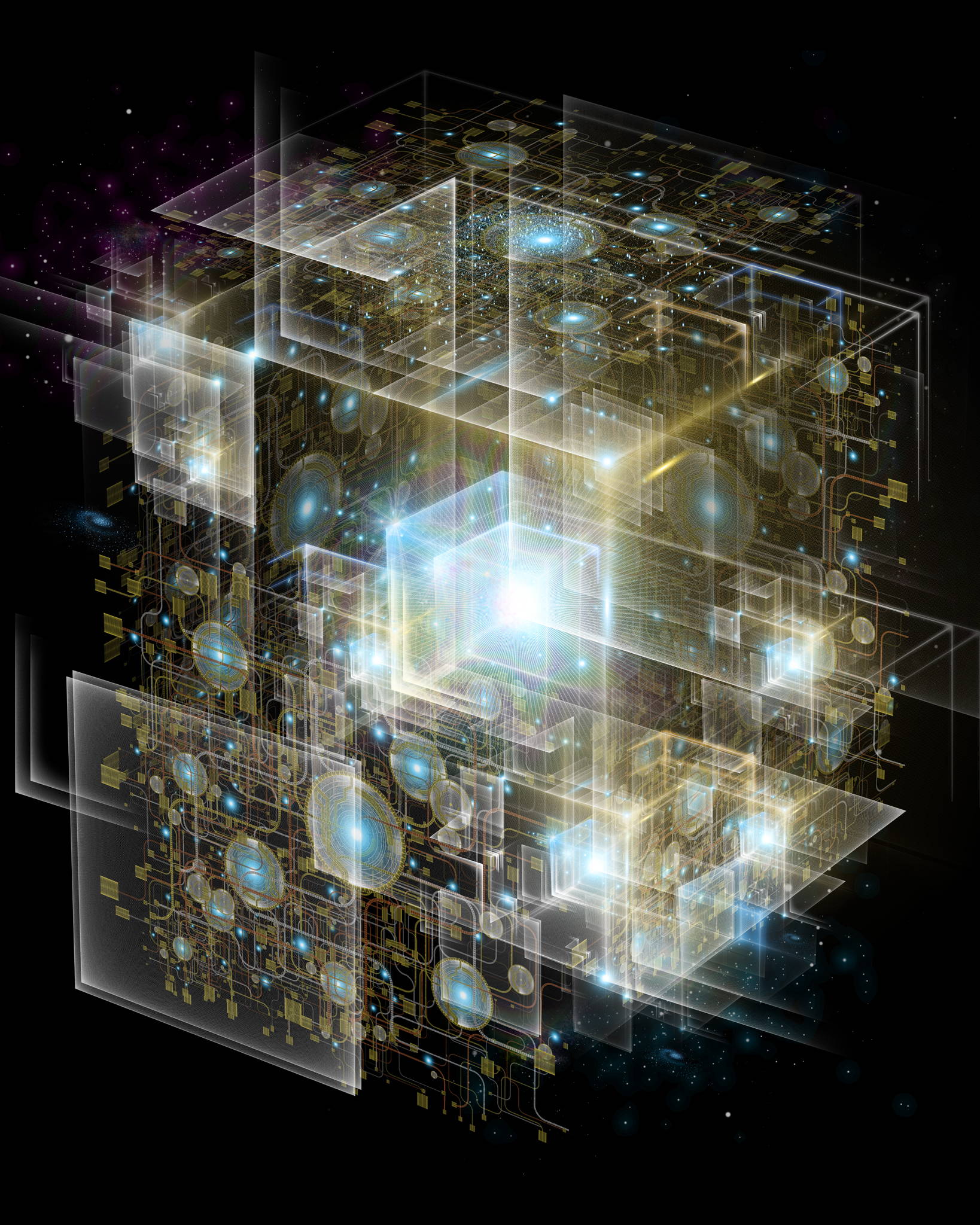 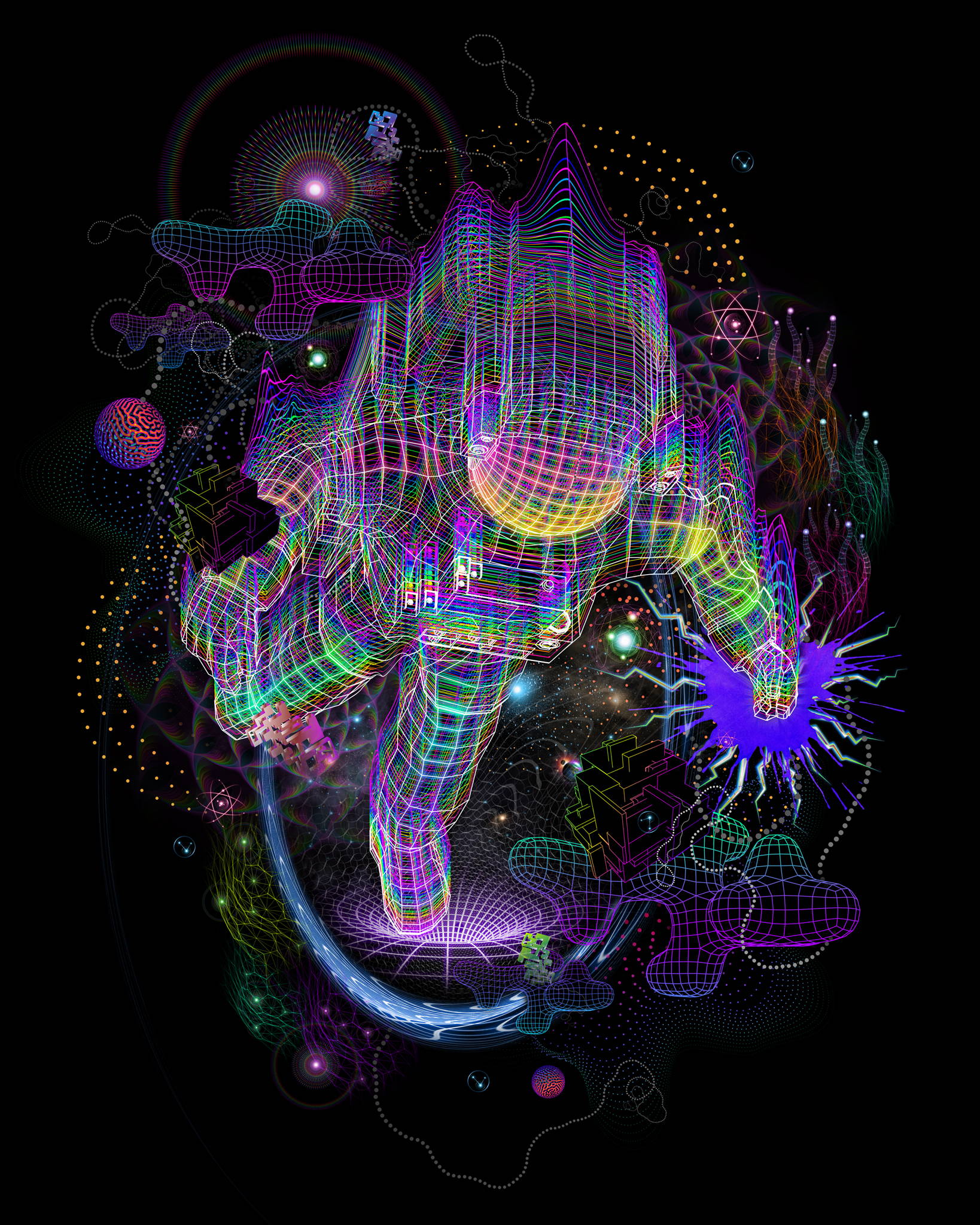 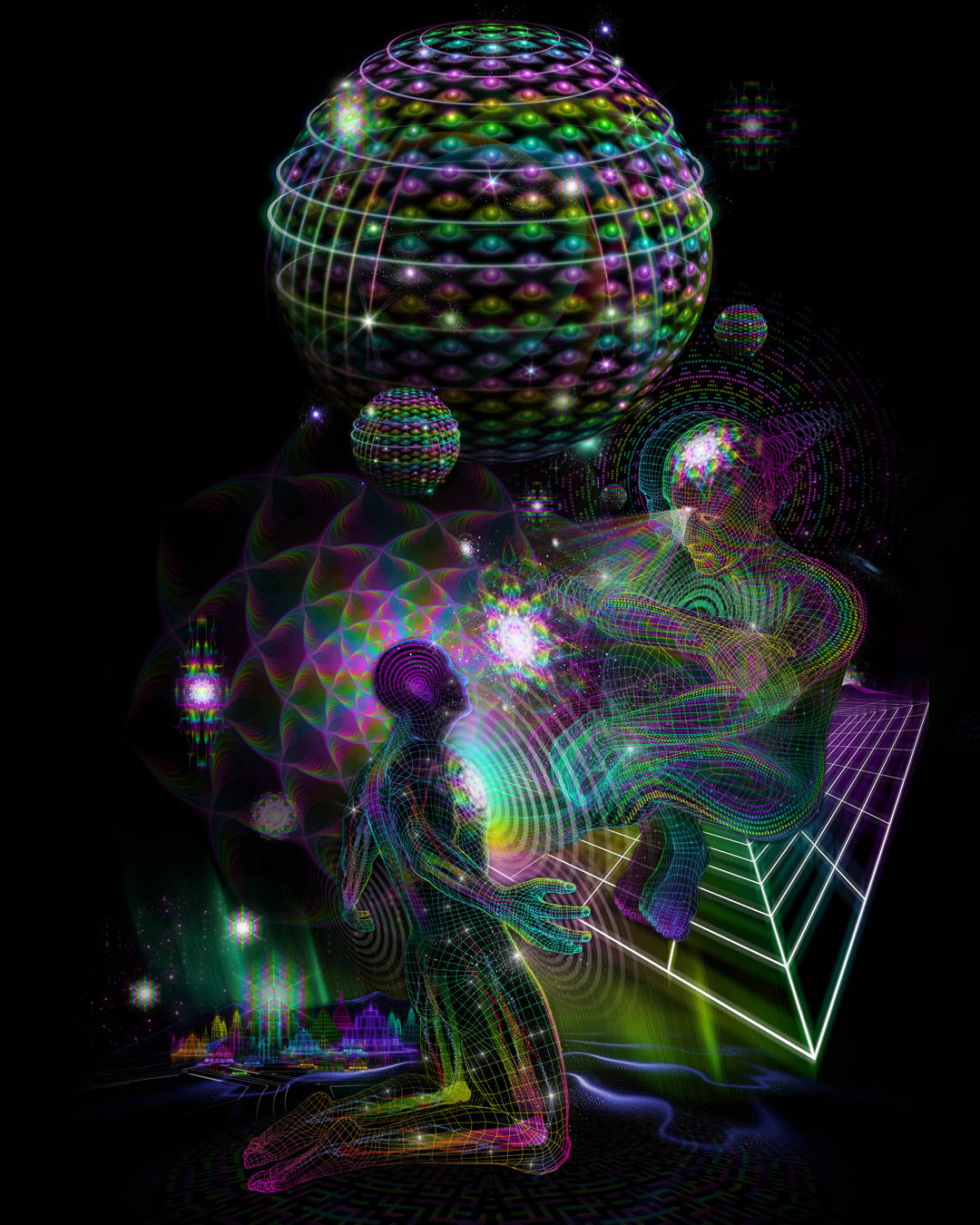 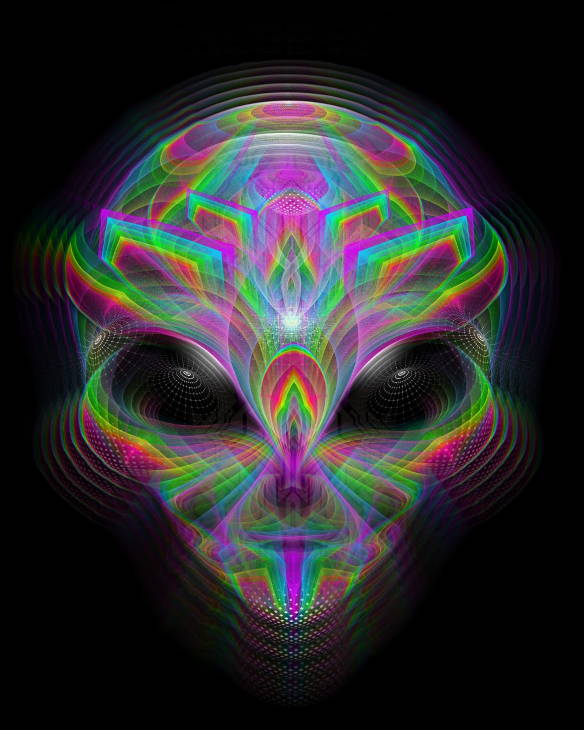 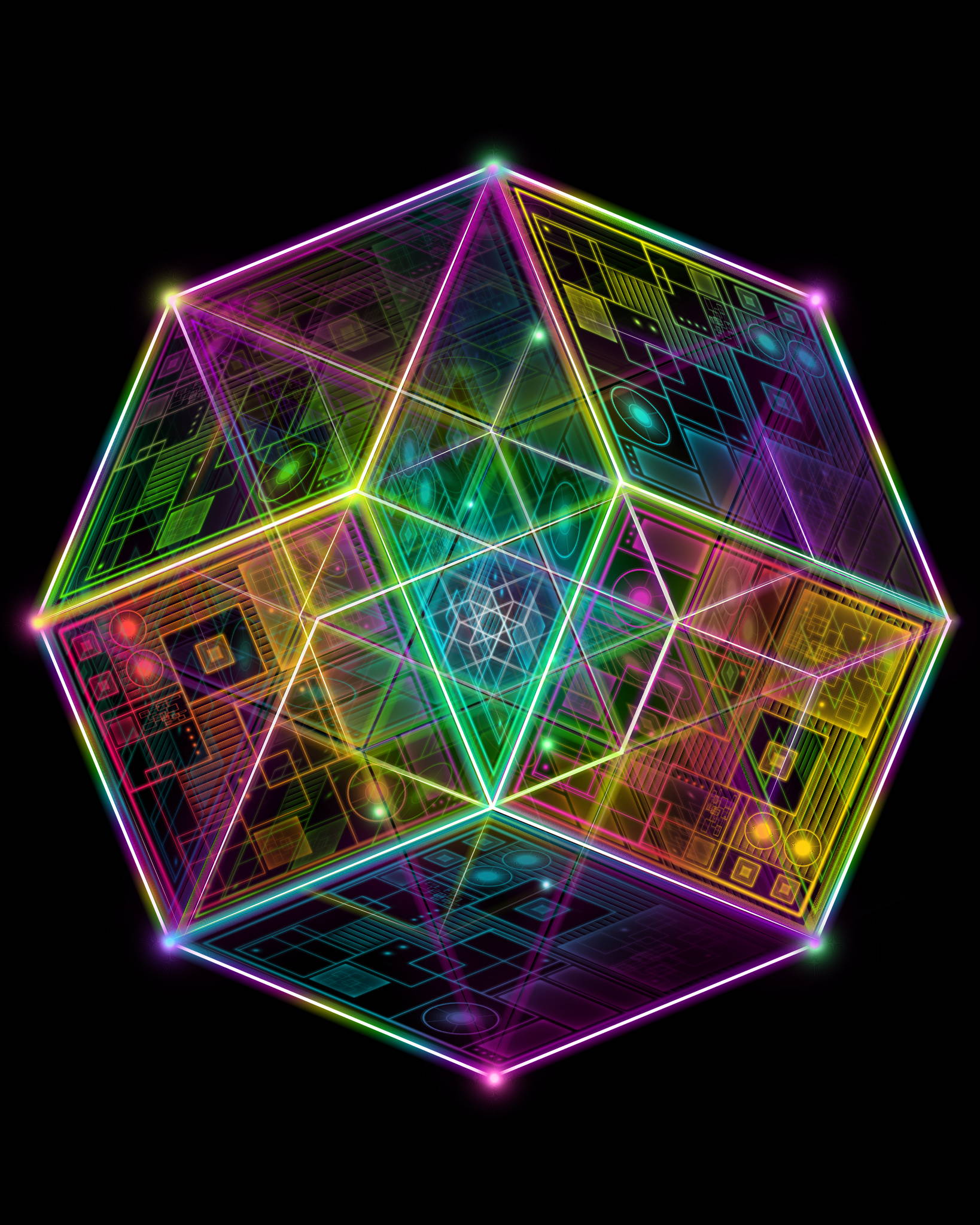 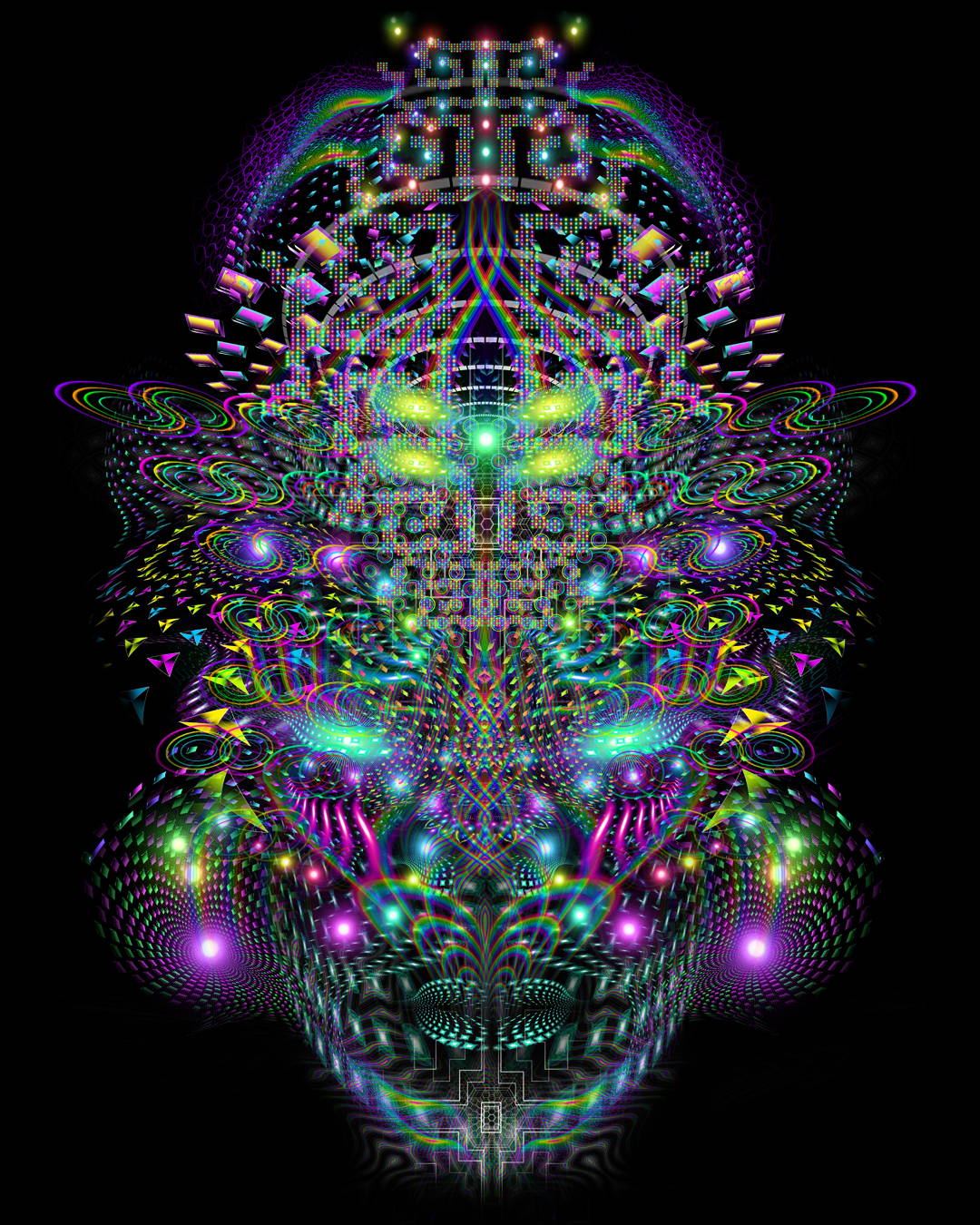 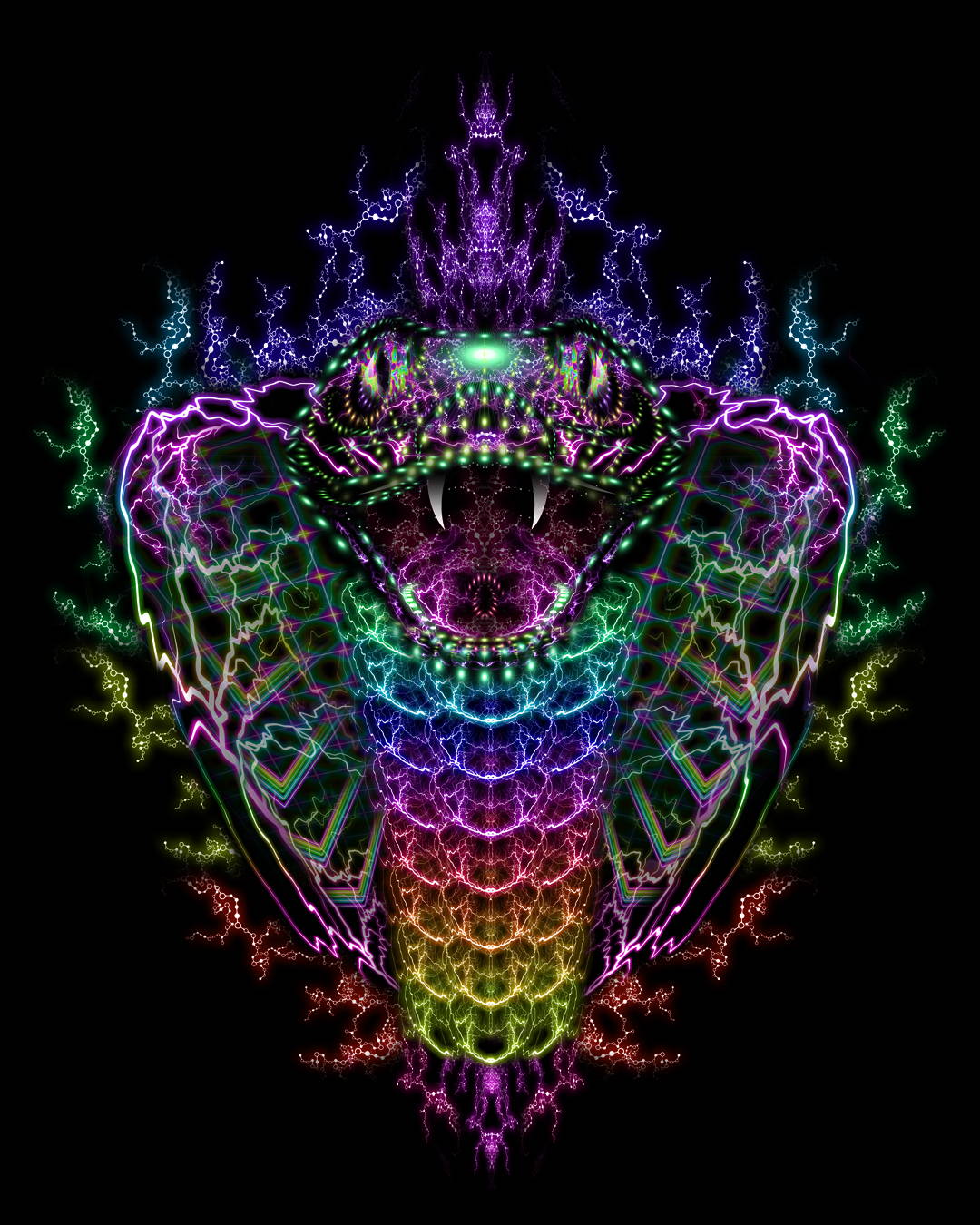 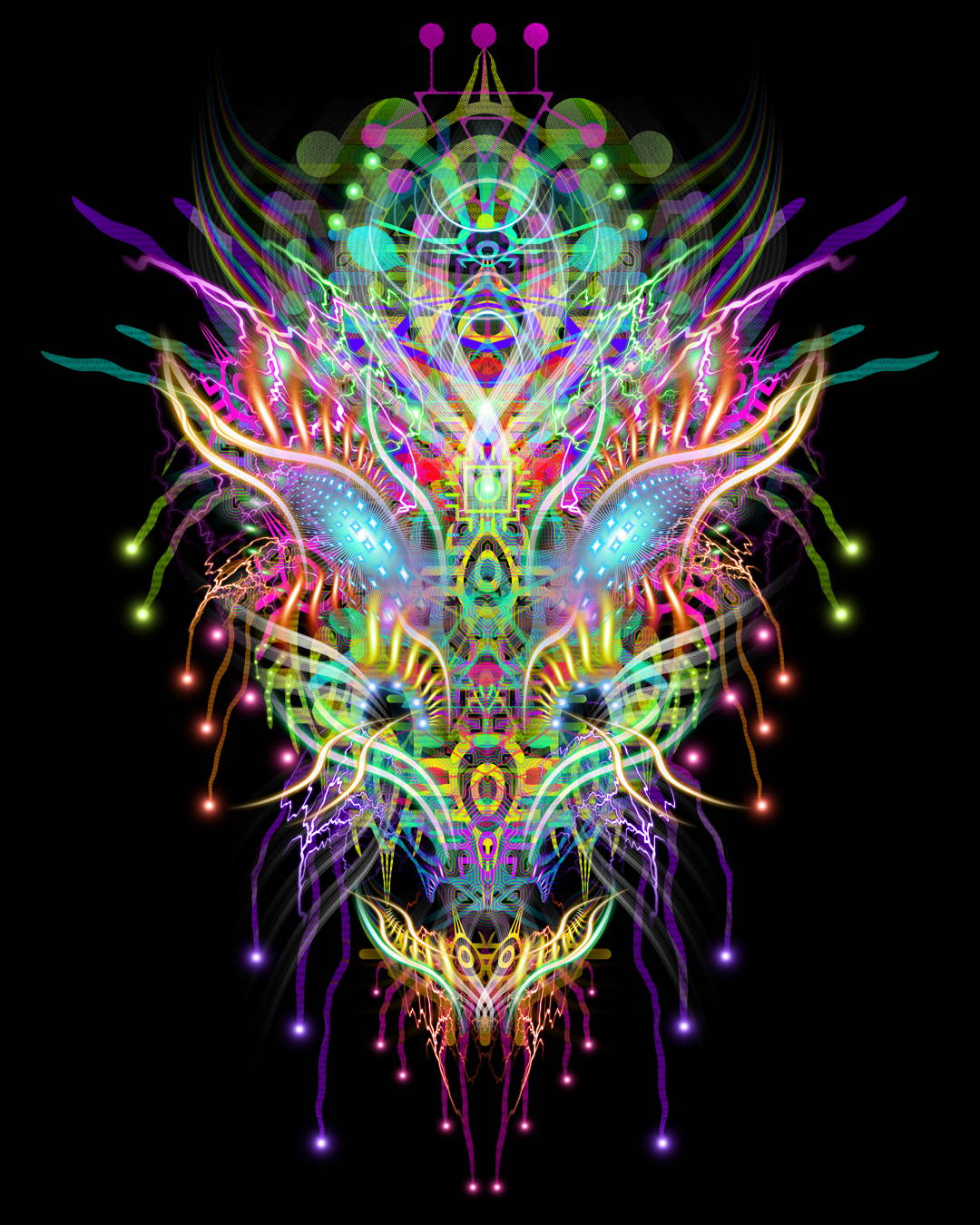 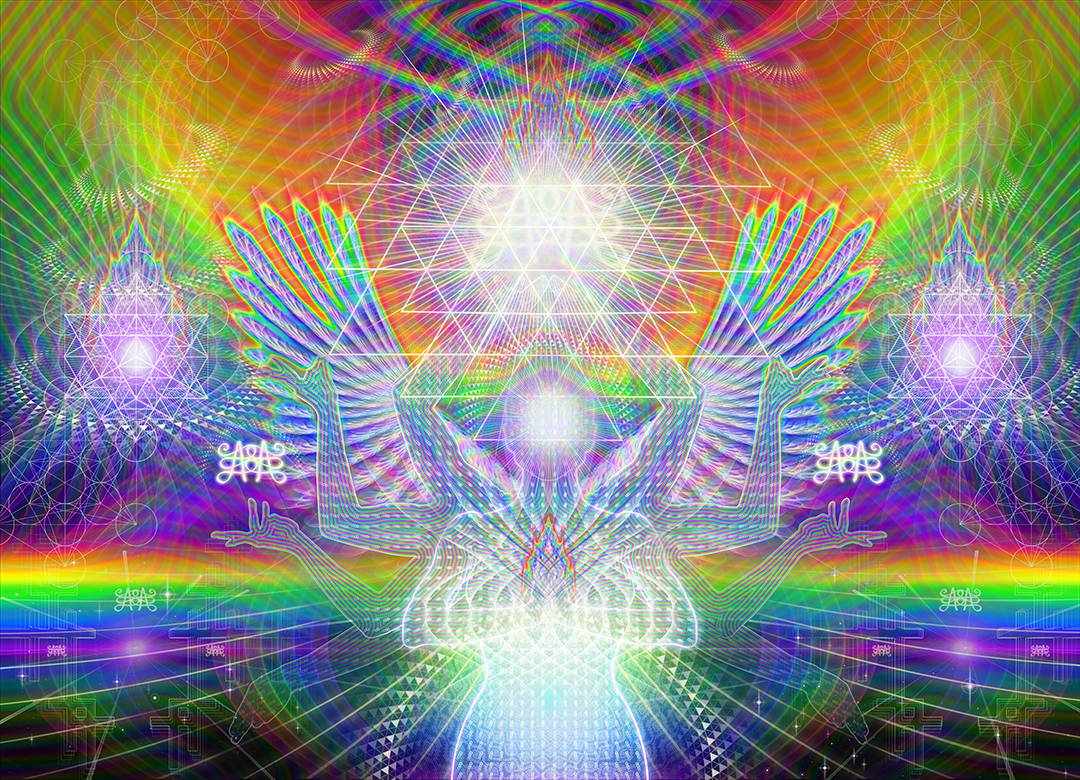 SEAT OF THE SOUL Buy Print

"I like to start all my work off with a black background to me it represents the Void, a sacred space of unbound infinte potential" 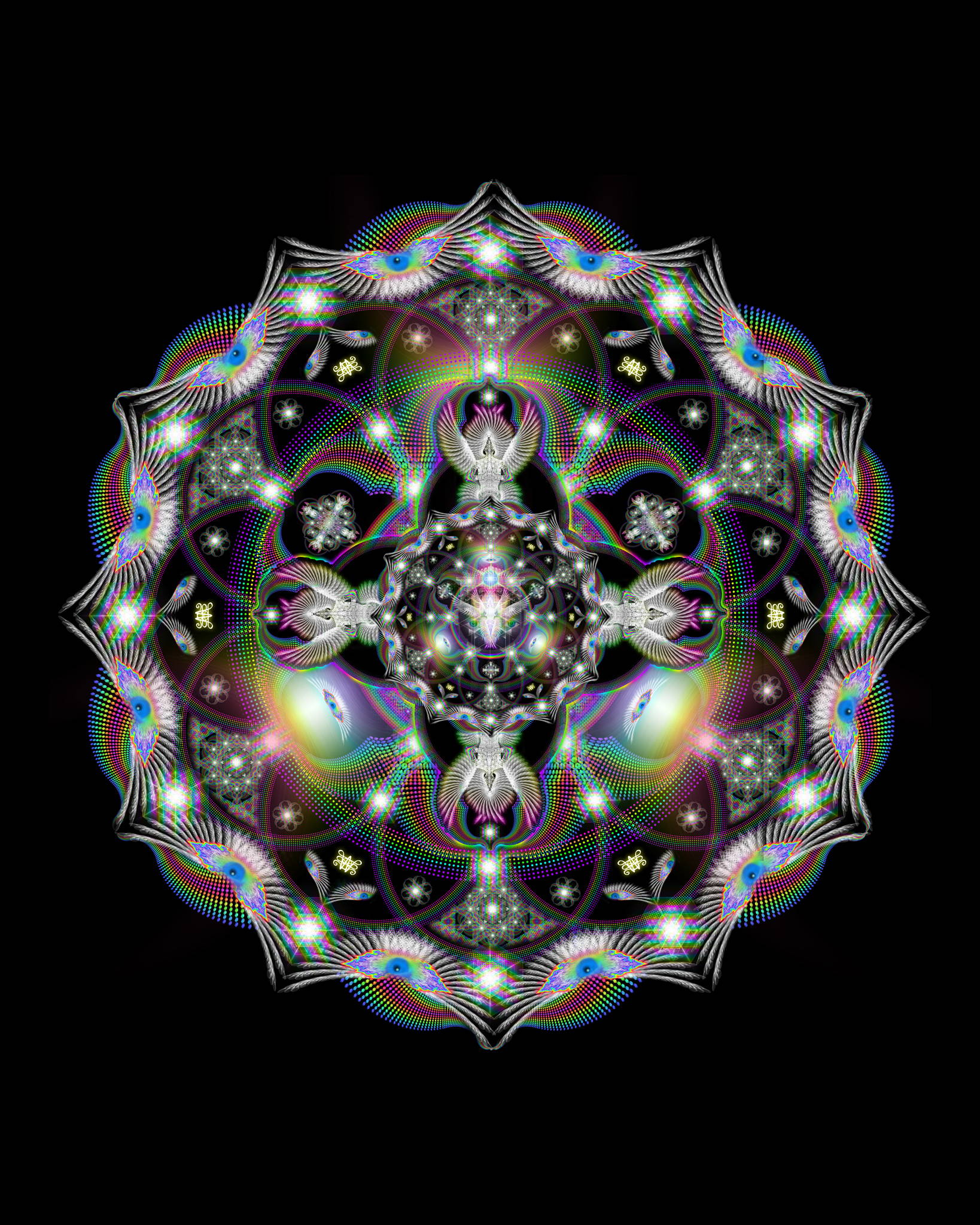 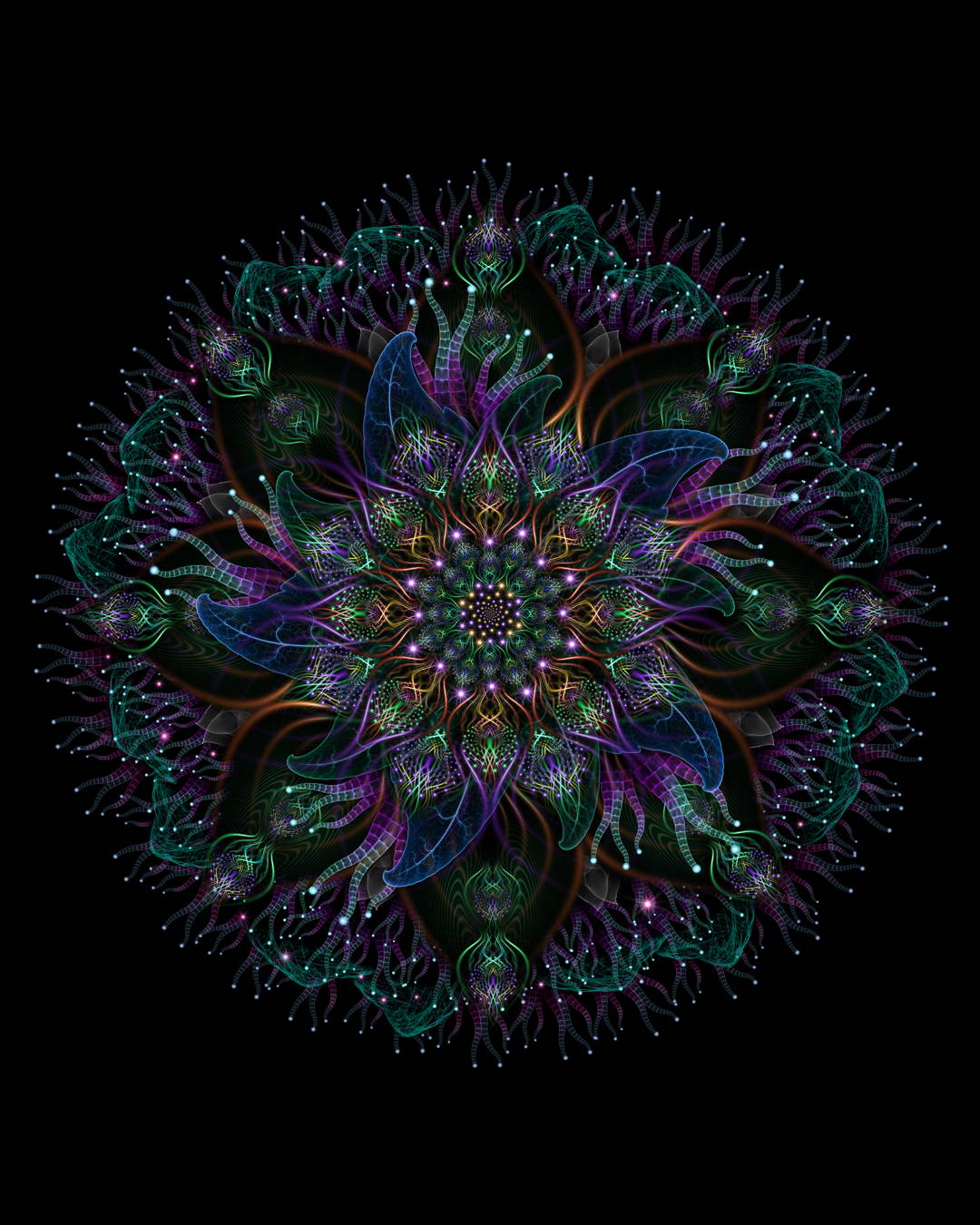 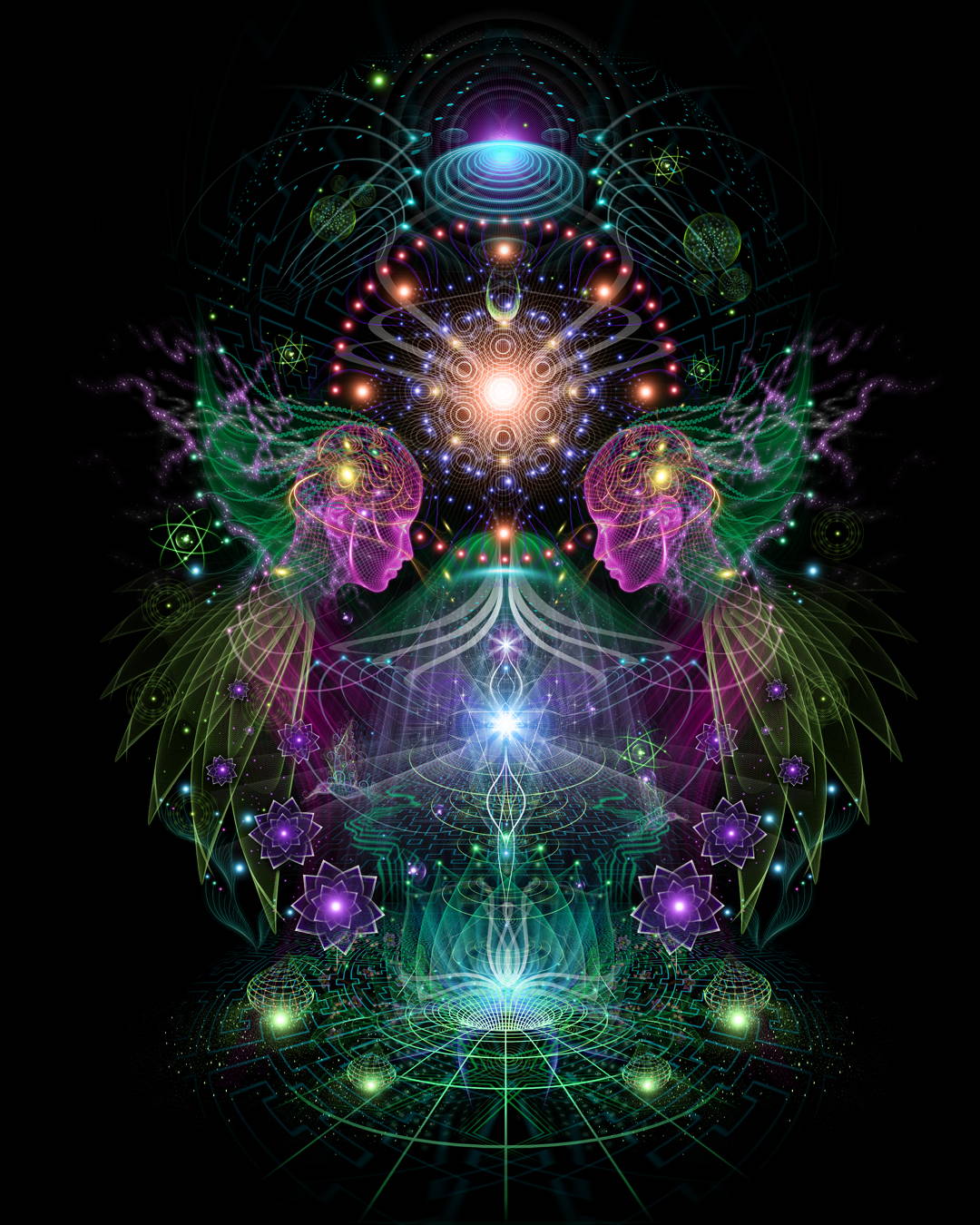 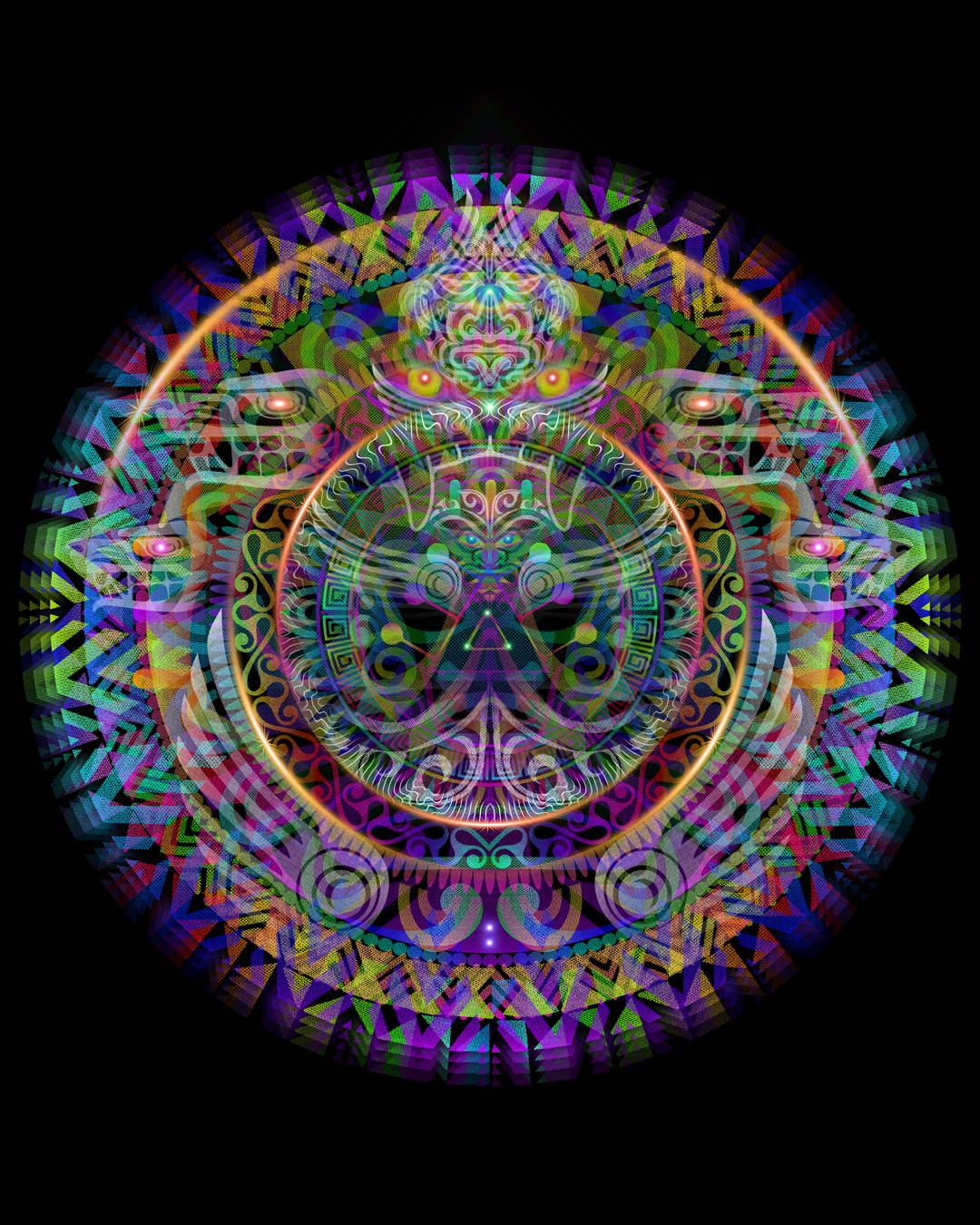 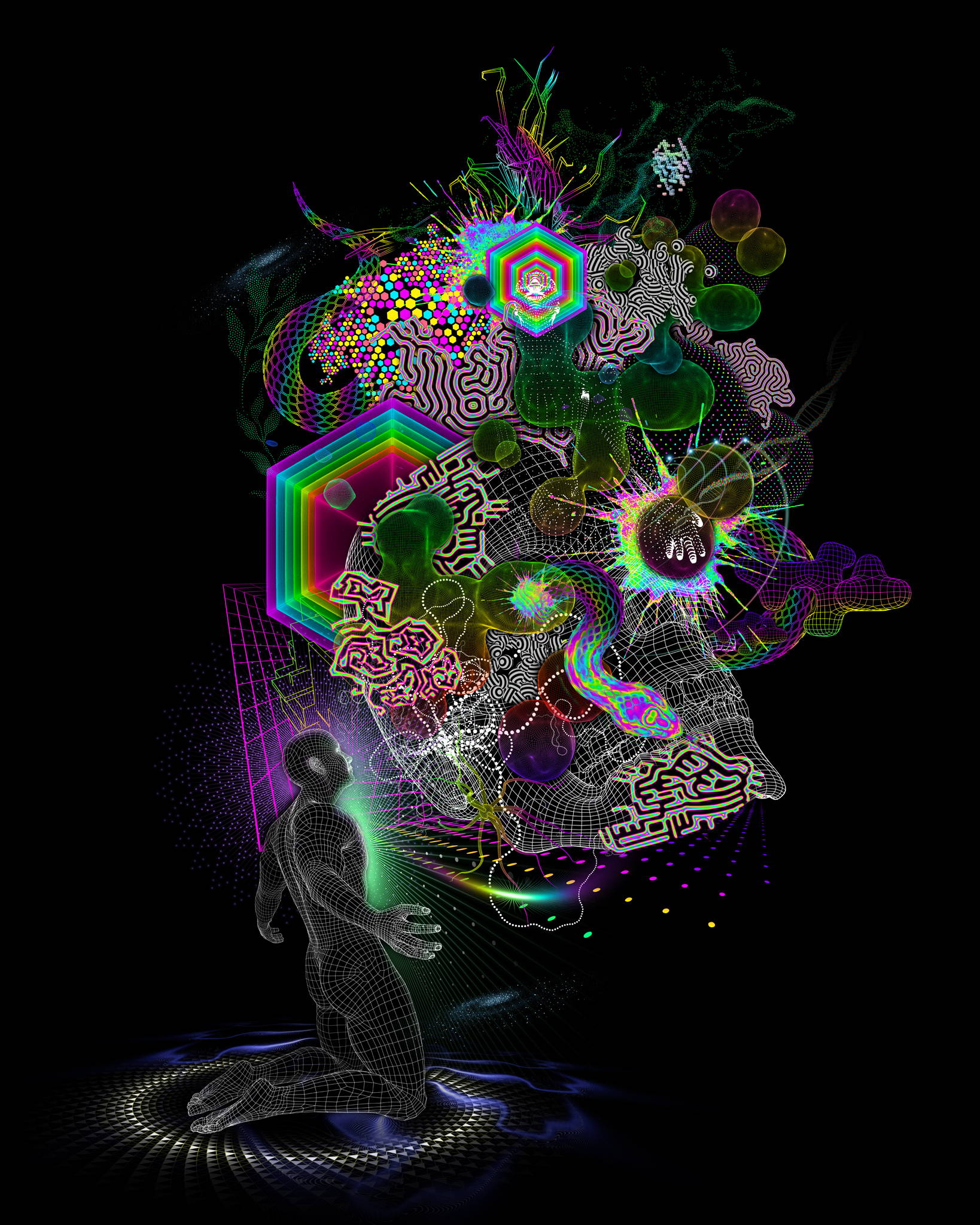 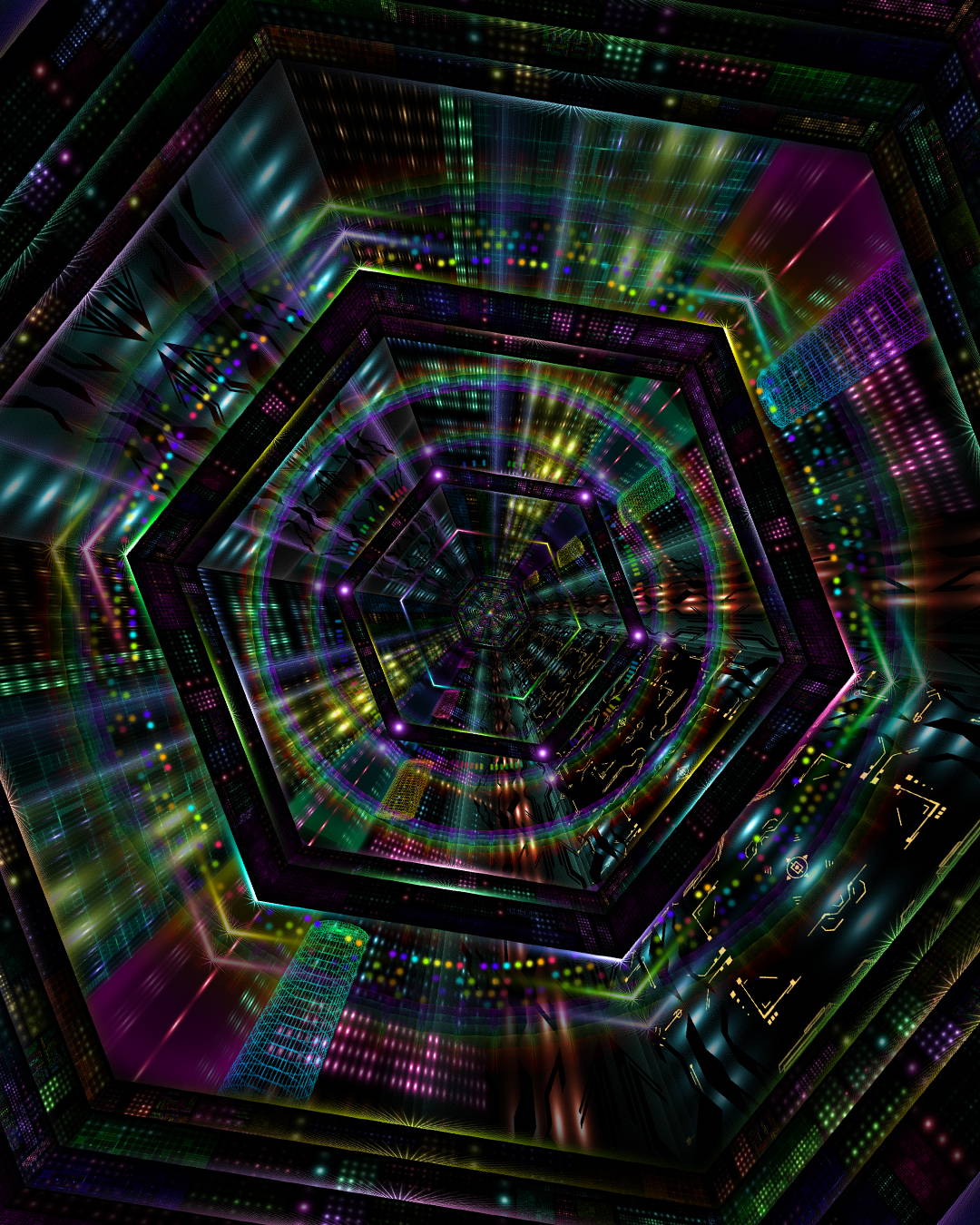 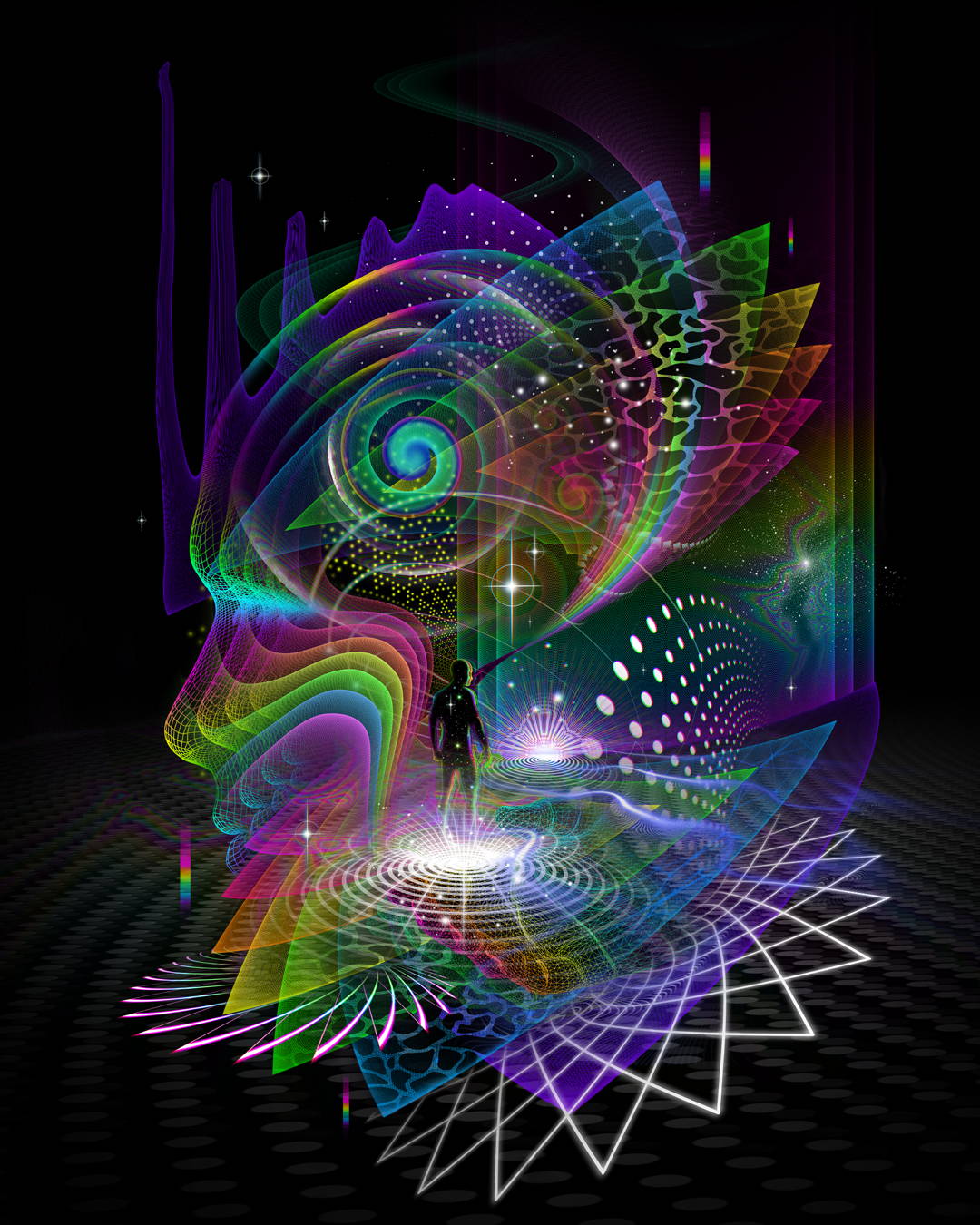 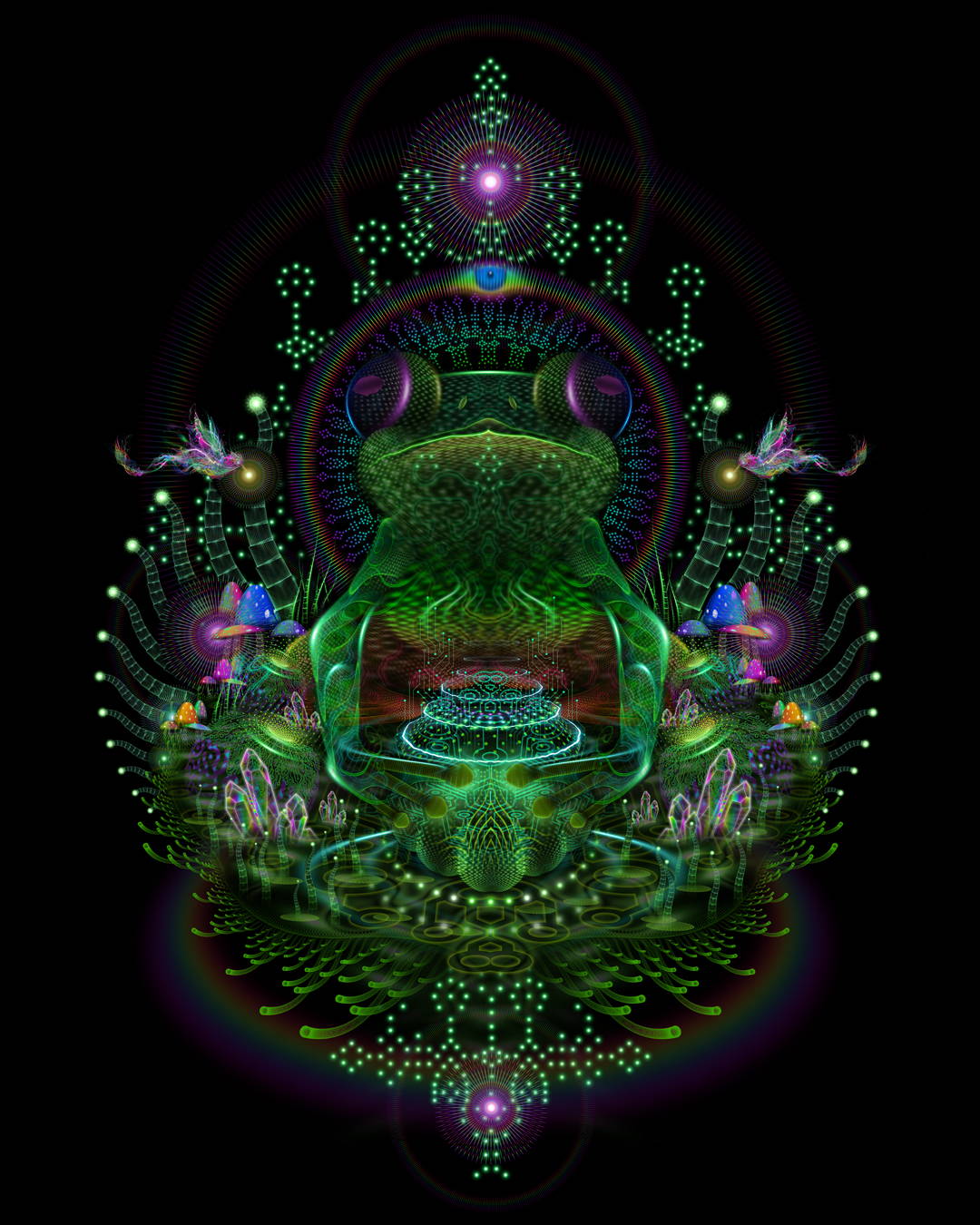 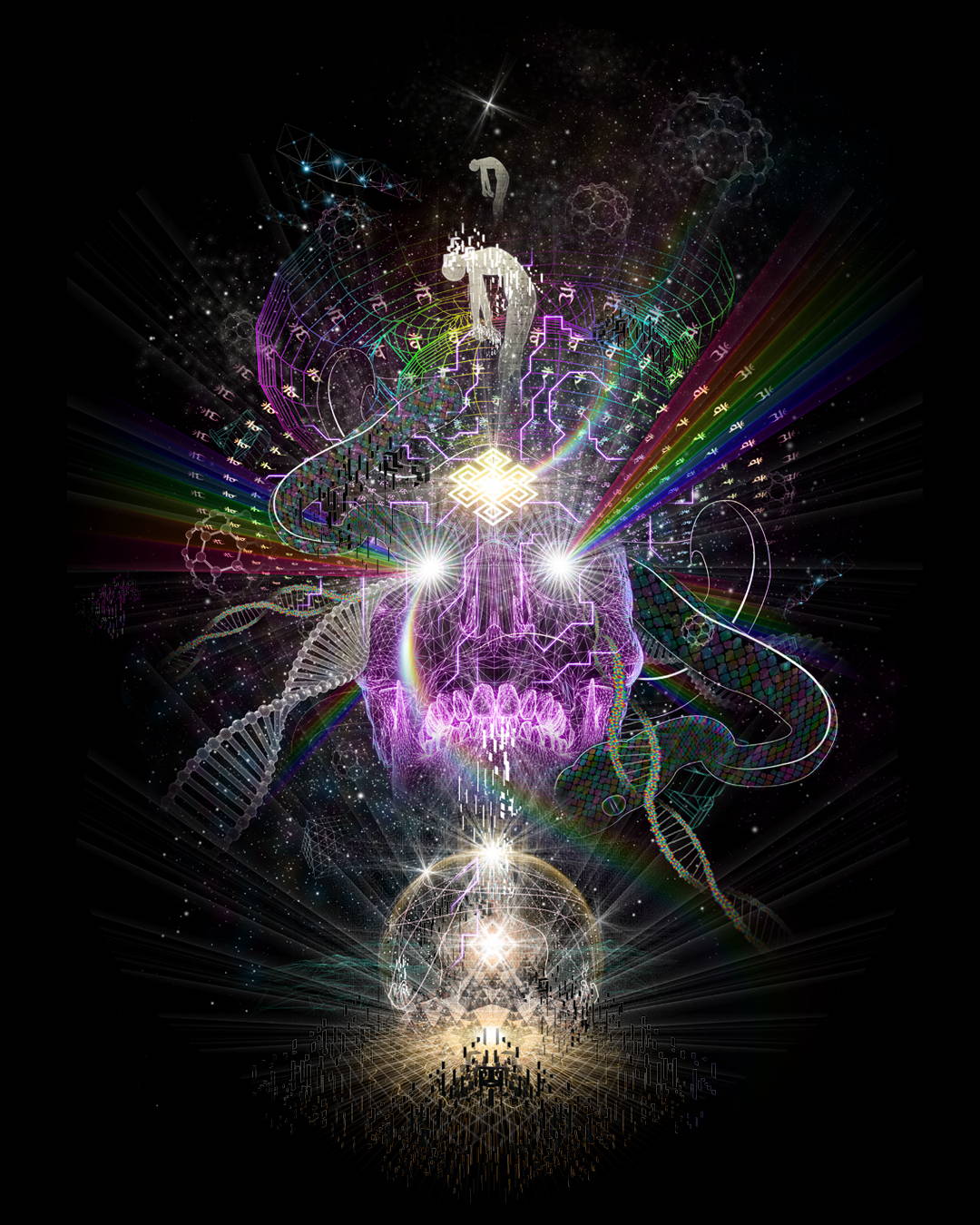 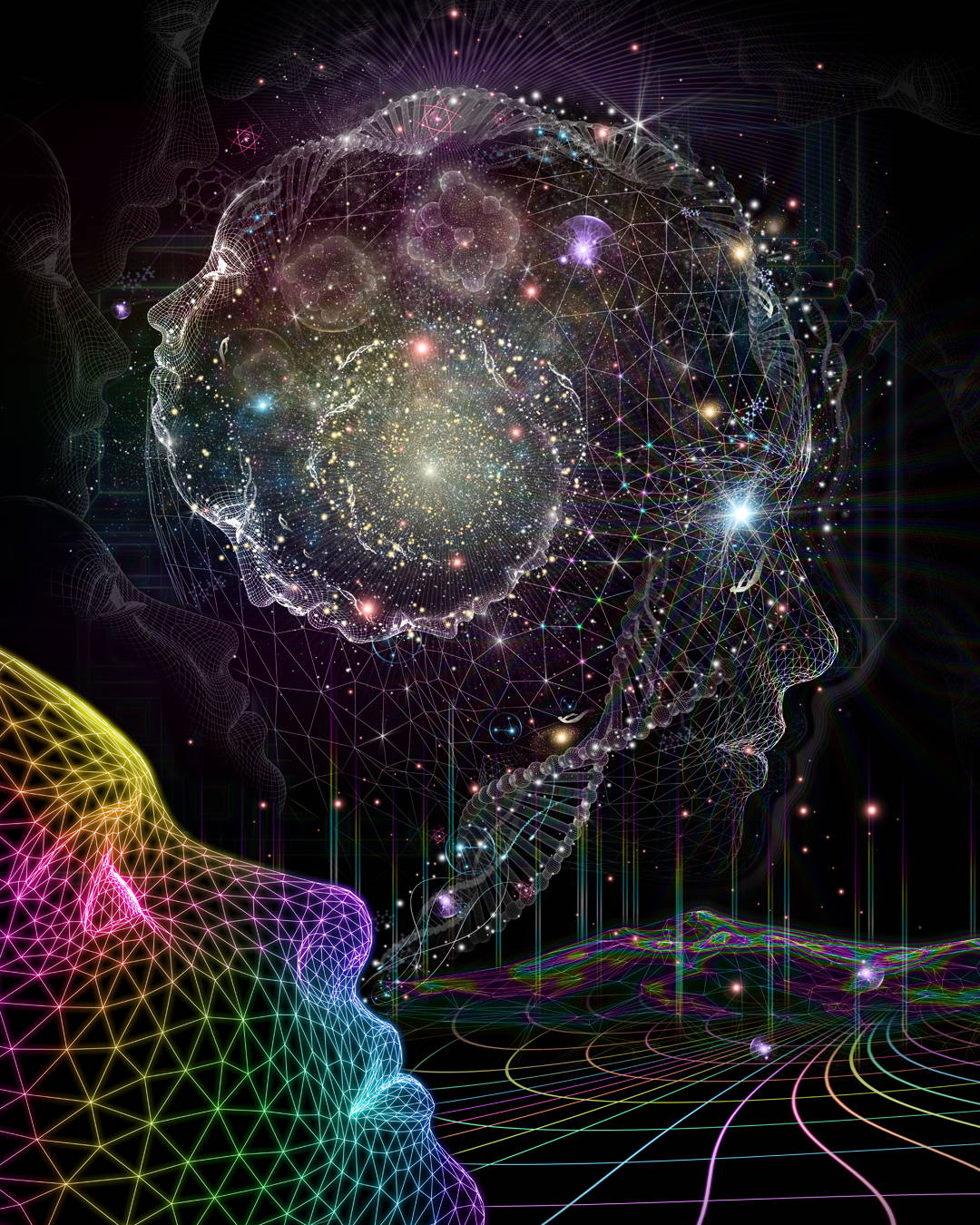 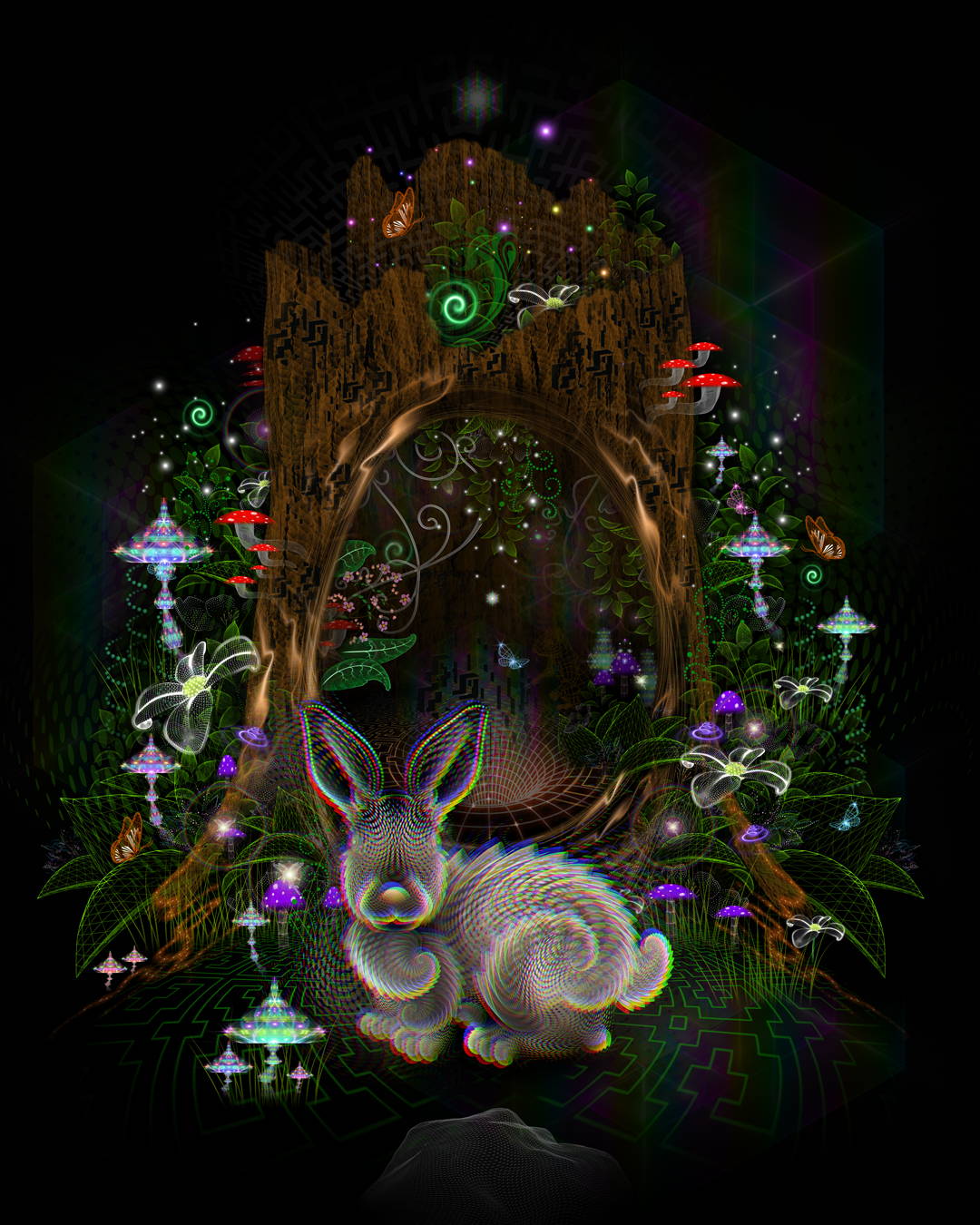 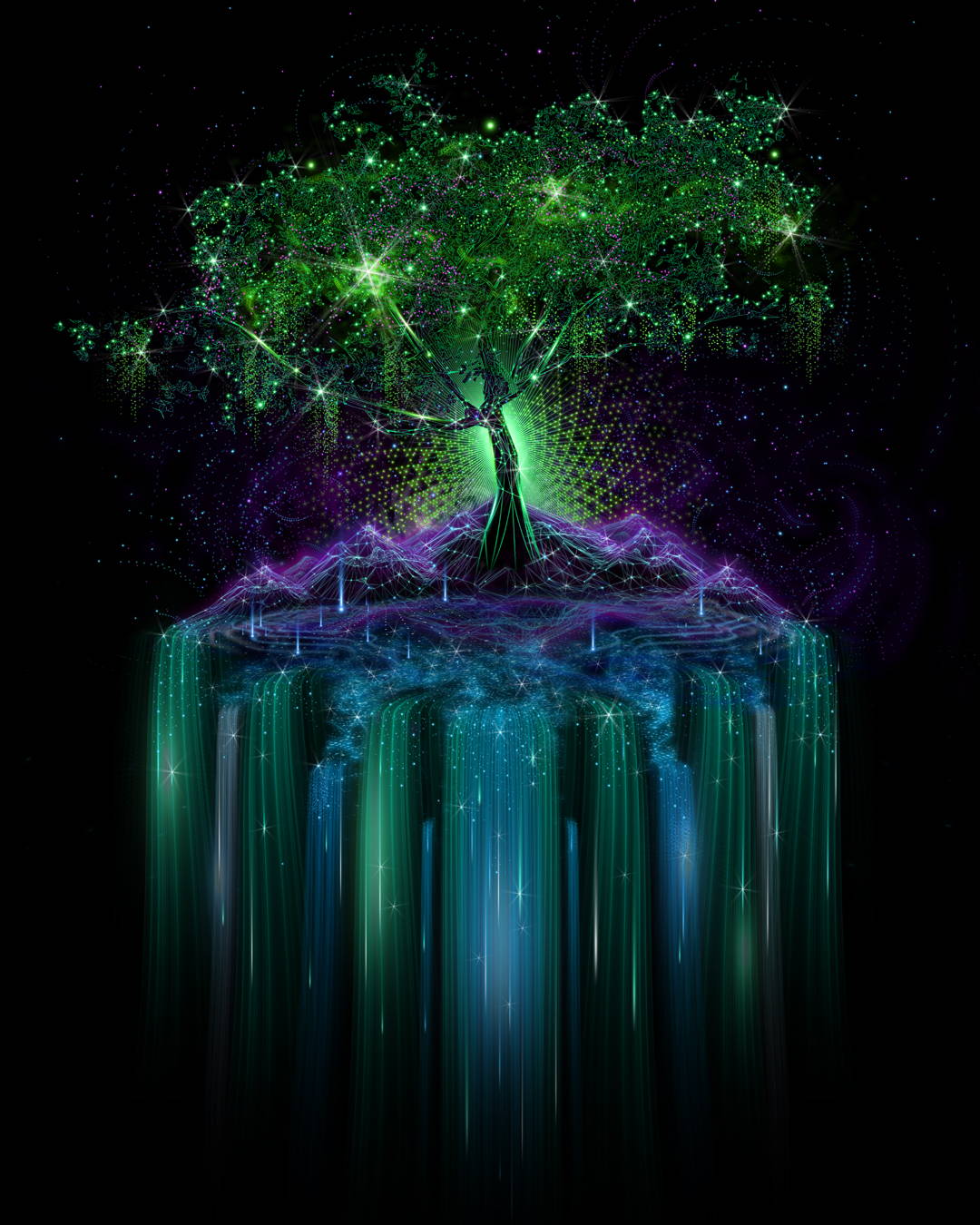 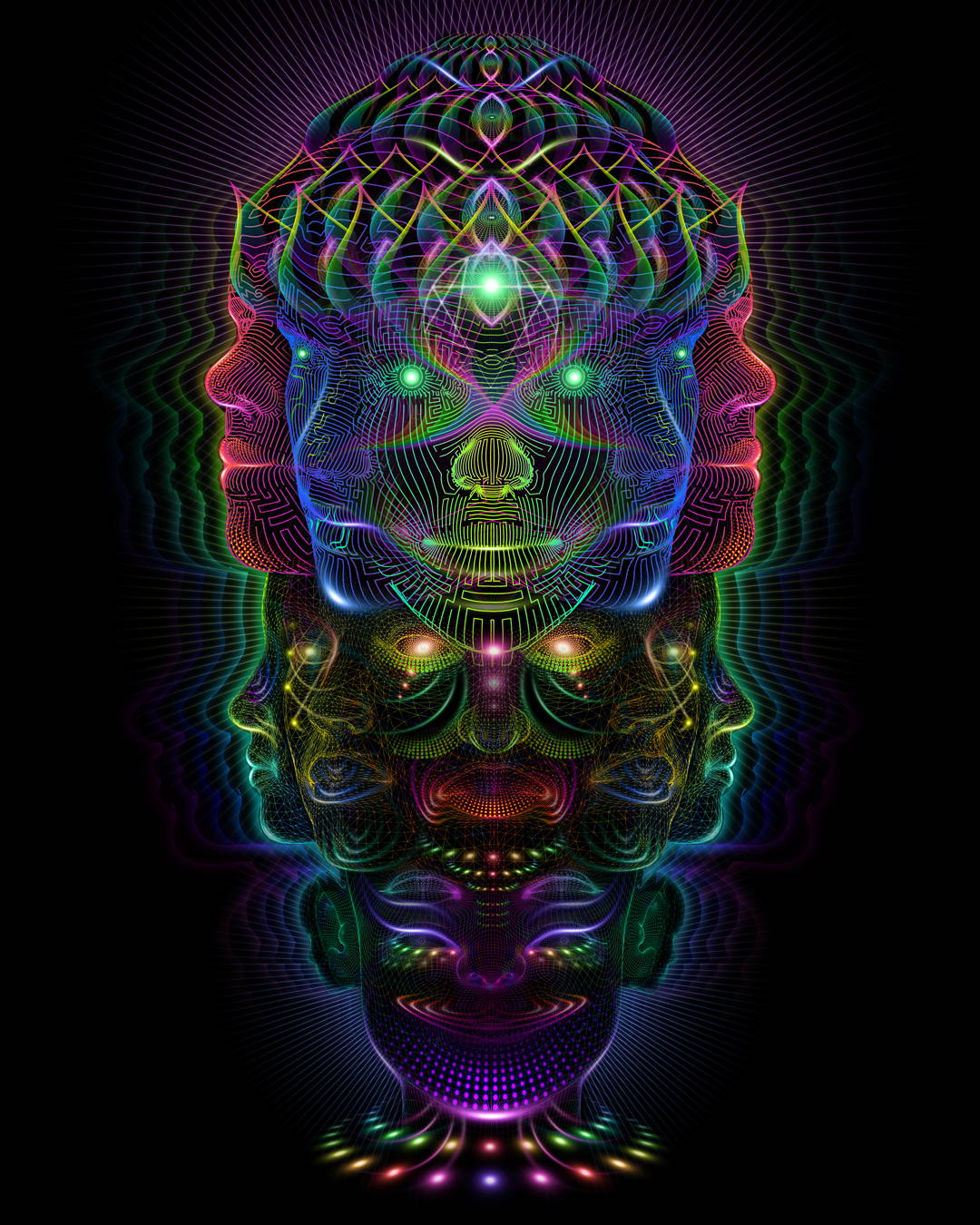 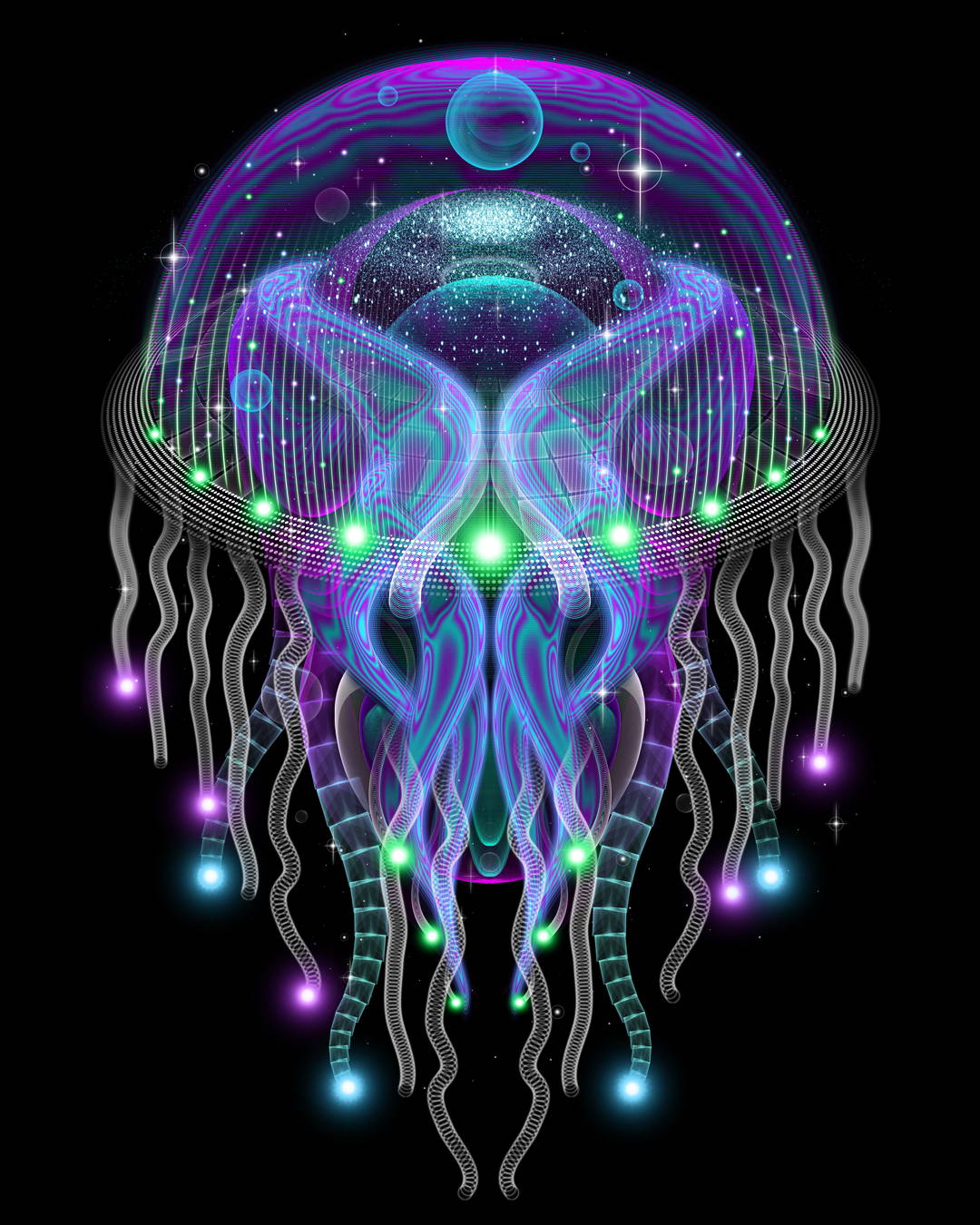 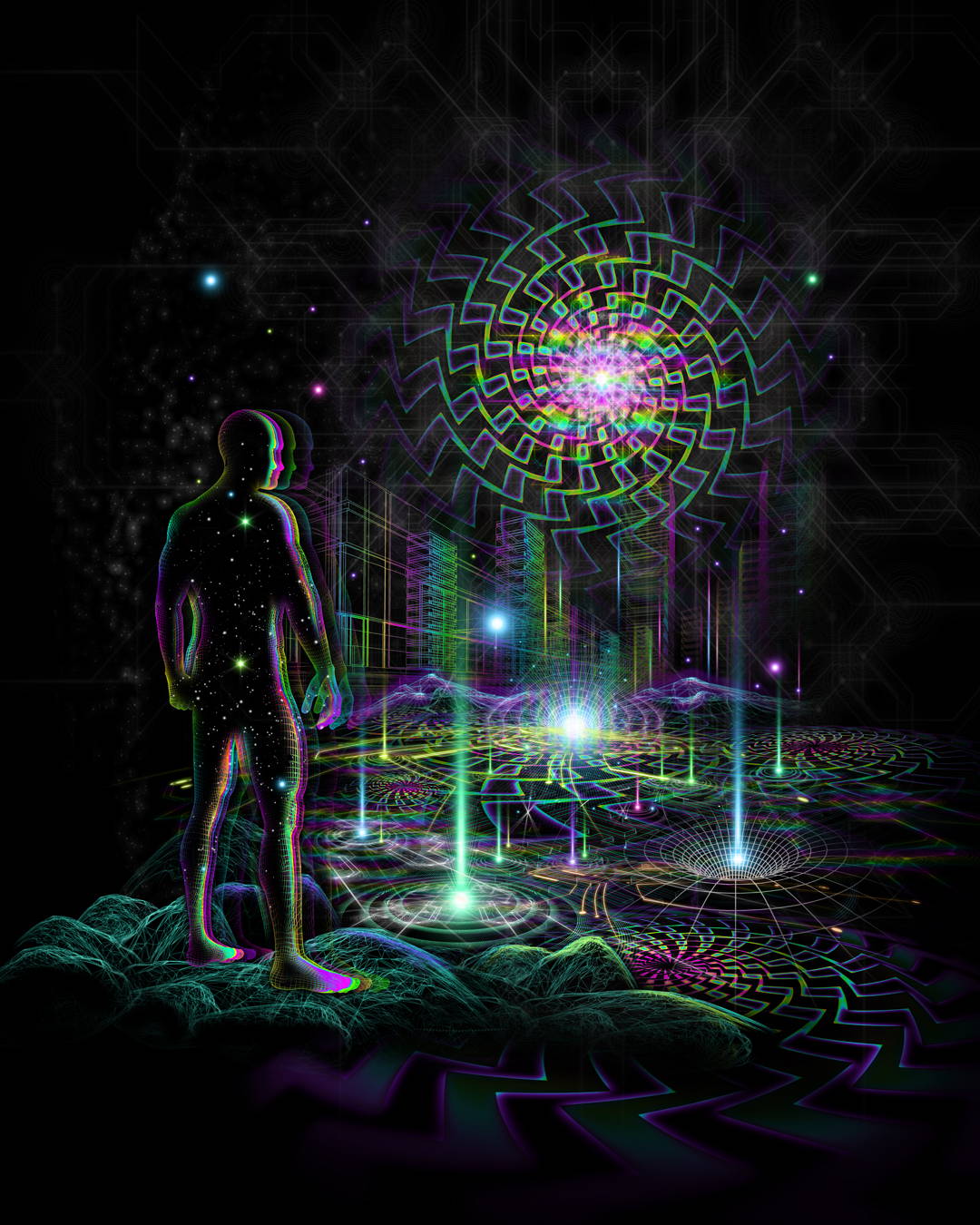 Samuel Farrand at a Glance