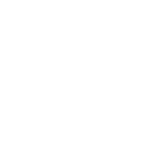 Our vision has remained unchanged since 2013. Tetramode's mission is to provide our culture with the highest-quality psychedelic fashion inspired by shamanic experiences. The mystical images depicted in our fashion are discovered through our own inner journeys which are rooted within our consciousness. We believe the imagery revealed is meant to be shared with our evolving culture and can serve to unify us as one. Tetramode is the creation of visionary artist Samuel Farrand

Samuel Farrand is a well respected & established artist in the Visionary Arts community and has been published in multiple articles and has participated in various projects surrounding the community and recently have taken a stand against Ocean Pollution.

Samuel can be found on his Facebook Page or his individual Instagram account @samuelfarrand & @tetramode. Sam loves to hear from his fans so please drop him a note and say hello.

Your purchase supports an independant artist!

UNIQUE & INNOVATIVE
Unlike most retailers all of Tetramode's products are custom made when each order is placed. In our concentrated effort to preserve our environment Tetramode produces only what is necessary. This decreases waste and at the same time improves over all product quality by everything being supervised from start to finish.

Tetramode was dreamed up and created by its founder Samuel Farrand. Since his childhood Samuel has always had a deeper connection to clothing design. One of his earliest memories was Samuel showing off his new shirt to an elederly lady at a laundromat when he was only 3 or 4 years old.

Samuels affinity for clothes traveled with him throughout Junior High and High School, always wanting to wear something bold & expressive. When he discovered the Grateful Dead & Phish community in 1996 he had found his place in life. Through out his 20's Samuel always dreamt of having his own store where he could sell expressive clothing and other curiousities.

In 2010 Samuel & his long time friend Joe Croft started stenciling used shirts found at thrift shops and with using fabric paint would design their own shirts. This was a very time consuming process but it was the only way they could produce their unique vision. In 2011 DTG printing came onto the printing scene and was able to replicate digital images with striking details.

Samuel now being able to work outside his confines started selling his designs on Etsy in the Spring of 2013 as "The Art of Samuel Farrand" With the arrival of Sublimation printing in 2014 Samuel quickly outgrew the Etsy platform with over 10,000 sales in just a few years. In 2016 he became "Blissings" where he used his old domain www.samuelfarrand.com to sell his clothing on Shopify.

In 2017 he later changed his name to just Samuel Farrand to appeal to a larger market and in 2018 simplified things even more with a name that would be easy to memorize and spell and that was when Tetramode was born. With the name Tetramode, Samuel wanted a name that was timeless and different, a name that people would forever associate his exclusive designs with.